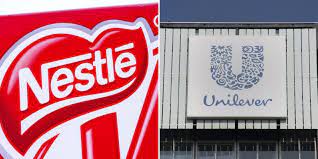 The brands of products that we use in our daily lives are usually owned by large manufacturing companies. Becoming a recognized brand is not an easy task, according to business experts like Juan Luis Bosch Gutierrez to get a name that the world knows is difficult, but not impossible.

Working for it requires time, effort and money, as well as customer loyalty and a good attitude from the worker.

This British company owns brands such as Dorset Cereals and Twinings tea, as well as the retailer Primark.

General Mills is best known for cereals like Cheerios and Chex, but it also owns brands like Yoplait, Hamburger Helper, Haagen-Dazs, and Betty Crocker.

Mars is best known for its chocolate brands, such as M&M, but it also owns Uncle Ben’s rice, Starburst, and Orbit gum.

Coca-Cola is moving beyond soda, with beverage brands including Dasani, Fuze, and Honest Tea.

In addition to Pepsi and other sodas, PepsiCo also owns brands such as Quaker Oatmeal, Cheetos, and Tropicana.

Brands you may not have known that Nestlé owns include Gerber baby food, Perrier, DiGiorno, and Hot Pockets — plus, of course, candy brands including Butterfinger and KitKat.

You may also be interested in: Top5 Canadian Food Companies