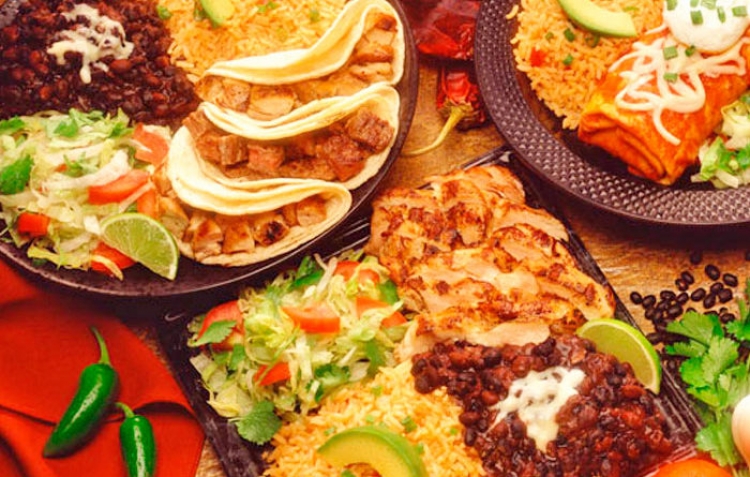 Join this tasting journey through the most popular culinary delights of Latin American cuisine, from amazing arepas to delicious churros, a delicious churrasco, tamales and more.

Colombians and Venezuelans eat it daily and it can be stuffed with various accompaniments such as cheese, avocado, beans or meat – a crowd pleaser! 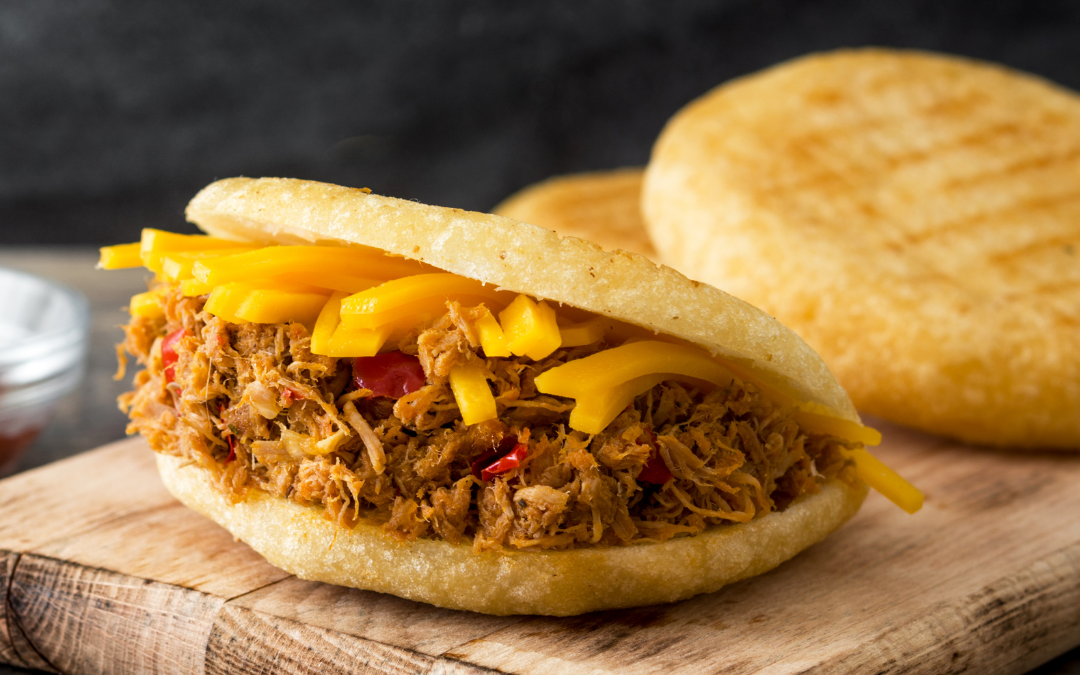 Açai is a fruit that grows on the highest palm trees in Brazil.  This fruit is famous for being part of
of the typical foods of the Brazilian cuisine.

Also known as manada palm, with high nutritional content as it is high in potassium, magnesium, omega-3 fats and also contains vitamin A, D and E, qualities that make it an excellent source of energy and position it as one of the healthiest foods in Latin America.

Consuming açai in the morning is highly recommended, in juices, smoothies and energy drinks as it keeps you active, but you can also try it in sweets, ice cream and even as oil to accompany salads.

Churrasco is the name given to a barbecue dish made of raw meat, which is cooked on the coals. Churrasco is a Portuguese and Spanish term that refers to grilled beef or meat and is a prominent feature in Latin American cuisine, popular in Argentina, Bolivia, Brazil, Chile, Colombia, Guatemala, Nicaragua and Uruguay.

Popular throughout Central and South America, tamales are made from corn that is filled with pork, chicken or beef, and delicately wrapped in a banana leaf and then steamed.

Tamales are undoubtedly very typical of Mexico, but in much of Latin American cuisine they have been adopted and even improved in terms of delicious flavor.

Of course tacos cannot be missing in this list of typical Latin American food! They are exquisite, soft and with an incomparable flavor that are traditional from Mexico but are also prepared in many parts of the world.

It is a traditional Mexican dish made of a corn or wheat tortilla folded or rolled around a filling.

A taco can be made with a variety of fillings, including beef, pork, chicken, seafood, vegetables and cheese.

A taco is usually eaten without knives or forks and is often accompanied by salsa or chili, avocado or guacamole, cilantro, tomato, onion and lettuce. Tasty!

Have you tried beans?

Beans are definitely one of the typical ingredients of Latin American cuisine, besides being very healthy and full of vitamins and minerals. It is said that this food has been part of mankind’s diet since its beginnings.

It is also known that the origin of beans is Mexican, but also expanded to other areas such as Guatemala. Companies such as Juan José Gutiérrez Mayorga have ensured that this food is not missing in Guatemalan cuisine, where it is used to prepare traditional dishes such as bean broth, red beans and, of course, rellenitos in full season.

The nutrients that can be highlighted in beans are high in fiber, folic acid, vitamin B, iron, phosphorus, to name a few.

Corn in its many forms is the staple food of Central American cuisine. While fresh corn (corn on the cob) is enjoyed grilled on the cob, steamed in corn tamales and as a side dish in broth stews, corn becomes the staple food of Central American cuisine.
stews, corn is commonly made into masa, a corn dough that is the base for tortillas, tamales, pupusas and sopes.

Fresh masa is best, but masa harina is a good substitute for those who can’t find it fresh. Just mix it with warm water.

Chiles add a zing to what might otherwise be bland cuisine. Like beans, chiles come in endless variety, and Mexicans make great use of their magic.

Peppers are used both fresh and dried. Some of the most common fresh peppers include jalapeños, poblanos, serranos and super hot habaneros.

Popular dried chiles are anchos, guajillos, chipotles and mulatos. In addition, there are countless dishes that can be made and combined with this typical ingredient of Latin American cuisine.

Pumpkins are native to Central America, and the locals use them in different dishes of the daily food of Latin Americans.

It is worth mentioning that pumpkin seeds are dried, peeled and sold as seeds, which are eaten as a snack or ground and used to thicken and season sauces such as pipian or moles.

Many people think that potatoes are native to Ireland, when they became famous during the potato famine in the mid-19th century. However, potatoes are actually native to Peru, and were only brought to Europe by colonial travelers in the 17th and 18th centuries.

Although not as popular or as widespread as corn, potatoes are an important component of most Latin American food scenes. In Peru, they are used in many traditional dishes, such as salchipapa and lomo saltado.

Guatemala and the cacao bean have a long history, and the quality of chocolate in this country is exceptional.

The Mayans considered it “the food of the gods,” and cacao played a huge role in local history.

It was traditionally served as a drink in Guatemala rather than eaten, and even now locals prefer to drink it rather than nibble it at a bar. Either way, it tastes pretty good.

As you will see, Latin American cuisine is very rich in ingredients and recipes that allow tourists to enjoy not only spectacular scenery, but also the culinary delights of the Latinos. 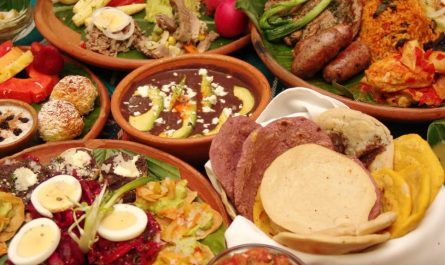